Walnut Creek is a city located in Contra Costa County, California, United States, in the San Francisco Bay Area’s East Bay zone, about 16 miles (26 km) east of Oakland. With an estimated total number of 69,122 residents, Walnut Creek serves as a center for its neighboring cities due to its position at the intersection of the Sacramento and San Jose(I-680) and San Francisco / Oakland (SR-24) highways and its BART accessibility. The vibrant downtown area features hundred-year-old buildings and comprehensive high-end shopping, restaurant, and entertainment venues.

Spanish settlers came to the region in the 1770s, and the area was part of a Mexican land grant in the early 1800s. The place, settled during the Gold Rush in 1849 (the first American settler was William Slusher, a squatter who built a house alongside what was called Nuts Creek), was first known as The Corners but renamed (c. 1862) for the abundance of walnut trees. In 1878 the Central Pacific Railroad entered Walnut Creek, and by 1914 it had been linked with Oakland by an electric commuter railway. Walnut Creek is the transportation and commercial base for the local agricultural (fruit, walnuts) and industrial areas.

Walnut Creek enjoys a Mediterranean climate, with hot, sunny summers and usually rainless winters. Daytime temperatures in the mid-to-upper 80s average in the summer, sometimes touching 100 ° F or hotter— but nights are cold, with lows typically in the 50s and 60s. Daily highs are usually in the 50’s and lower 60’s in the winter, and lows remain in the upper 30’s and lower 40’s, but it can be as cold as the upper 20. Although rain often occurs in winter in Walnut Creek, snow is especially uncommon— but nearby Mount Diablo’s peak often gets snow. 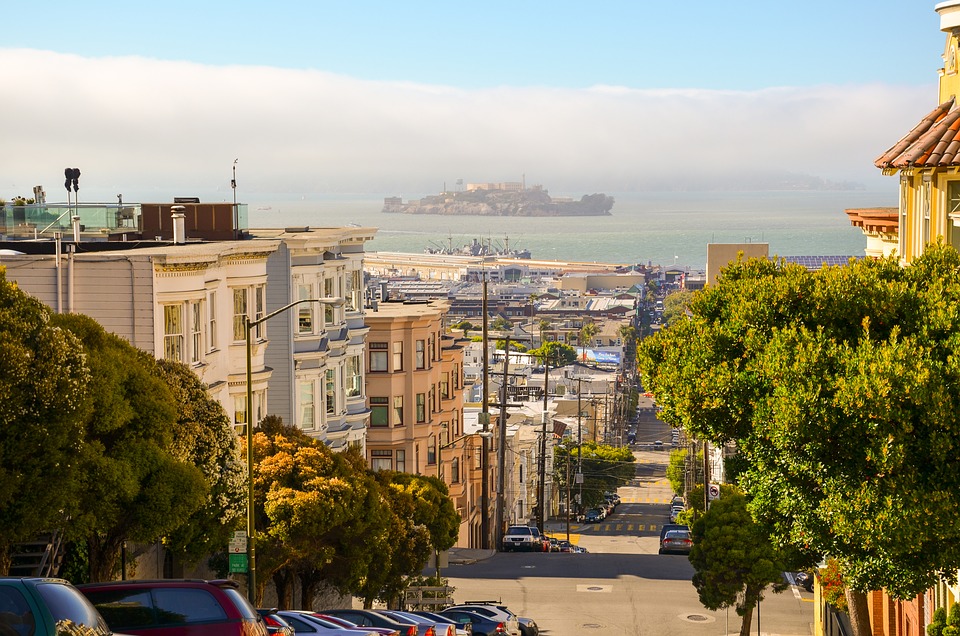