What Is The Cheapest Type Of Foundation For A New House?

The foundation is simply the lowest load in your home. It has three primary purposes.

First, the base carries the weight of the entire building, shifting the force to the ground below. For this reason, most (though not all) of the foundations are made of concrete and drilled into the soil for added stability. Second, the base basically keeps the house in place, serving as an anchor between the frame (walls, floors, etc.) and the ground below. In the case of natural disasters (such as earthquakes , hurricanes and tsunamis) or more regular extreme weather conditions (such as floods, wind and frosts) your base will protect your house from being washed or swept away.

Finally, a well-laid base will help keep your property waterproof and prevent groundwater from rising to the lower reaches of your house.

The cost of the project can vary depending on the type of foundation you set up. The more educated you are about the styles available to you and how to prepare, the more you can work with your contractor to build the best base for your system at the best price.

Most of the foundations are classified as deep or shallow. A shallow design is placed about three feet into the soil, with concrete pads extending below the frost line, moving the load from the walls to the ground. Slab-on-grade is another form of shallow base. This form transfers the load to the earth via a concrete slab.

The base of a pile is an example of a deep foundation. Piles may be made of steel, wood or reinforced or pre-tensioned concrete. Often they’re going to reach the rock, so it’s a good idea to get the help of a structural engineer if you’re thinking about a pile base. In most cases, a deep one would be more costly than a shallow one. It needs more materials, more drilling and more labour.

The Concrete Slab is considered to be one if not the cheapest type of foundation there is. The concrete slab base averages the majority of homeowners between $4,500 and $21,000.

If you’re considering a crawl space base, the average cost is $7 per square foot, or around $8,000 to $21,000. Similar to the pier and beam style, they elevate the house and can help protect against water damage in rainy climates. The base (or stem) of the walls rises at least 18 inches above the ground and supports the frame. Homeowners can choose to fully close their crawling areas or to add ventilation areas along the perimeter.

Although crawling spaces provide the same ease of access as pier and beam, they can also provide moisture and encourage mold growth. There are many ways to overcome this, including insulation and vapor barriers, which should be included in the preparation of the project. The average insulation cost is between $1,400 and $2,300 per square foot, and vapor barriers are between $0.05 and $1.50 per square foot. Some homeowners chose to build crawl space humidifiers that can range from $70 to $1,300.

Basement foundations may be the most costly alternative, but they may also have the greatest return on investment. Installing an unfinished basement will cost $10 to $25 per square foot, while the completed basements run from $30 to $100 per square foot. This results in a large price difference from one project to another, starting with a low of $10,000 and increasing to around $175,000. However, the basement is one of the most inexpensive ways to add storage or living space. This are more popular in cold places, as builders already need to bring their feet deep into the ground to get below the frost line. 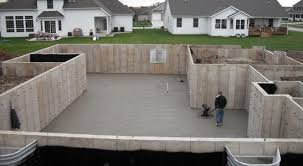 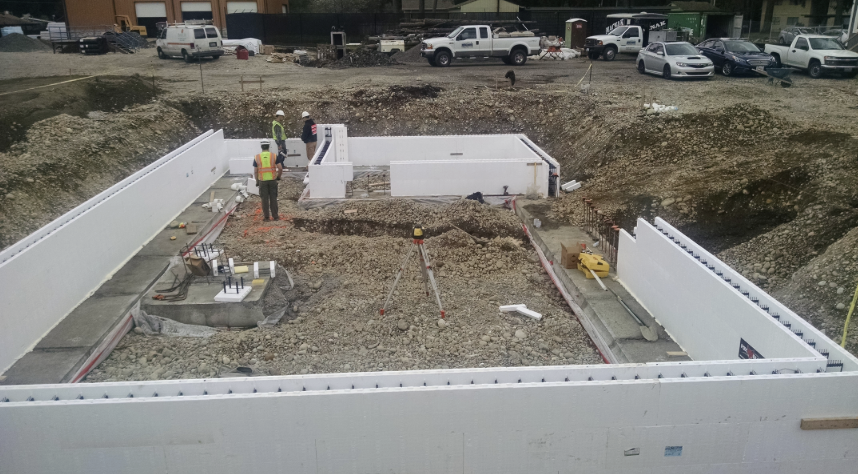 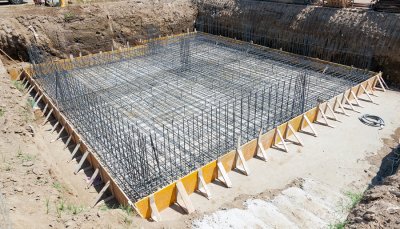 Spaulding Concrete has been the SF Bay Area’s top foundation builders for over 30 years.  We’re here to fix your home’s foundation, no matter what problem may exist. We have the specialized equipment, services and professional experience that you need to make permanent improvements to your building’s foundation. To get you started on the right foot, we would be happy to give you a free quote for the repair of the foundation. When you reach out by phone or email we will have one of our foundation experts answer any questions you have and explain how we can restore integrity and structural stability to your home or company building permanently. Successful concrete projects require careful planning and thorough preparation. Spaulding Concrete reviews the site and designs to ensure that the concrete and base structure follows the criteria for the planned use and that the layout and finishes are suitable for the project. The qualified concrete experts at Spaulding Concrete will be on schedule, on budget and meet or exceed standards by careful planning, professional execution, and strict quality control.