Howe Homestead Park and the western access to Shell Ridge are just a short walk from downtown. Crossing the old stone bridge from the parking lot of Howe Homestead, you get an idea of the town as it looked in the late 1930s. Beginning on the Kovar Trail, hikers can walk 10 miles to Mount Diablo crest. A small picnic area is available on a first come, first serve basis and a restroom is located in the central part of the park.

The park is the former home of James Howe, a reporter in the early 20th century for the Associated Press. Born in Kansas, he traveled the world and commented on things like the 1906 San Francisco earthquake and World War I, and met many people who influenced the world, including Lenin, King George V, and Gandhi. He had the house remodeled and developed his estate after he moved to Walnut Creek in 1935. He was a winemaker, a pigeon breeder, a nut dealer, a gourmet, and a collector.

The Community Gardens is a part of the park. There are 48 planting plots for growing vegetables and ornamental plants leased to residents of Walnut Creek. It’s very popular with a waiting list for several years.

Howe Homestead Park is a small recreational park tucked right behind the streets of downtown Walnut Creek. You would have never guessed that a little park like this would be hidden only a few miles from the downtown area. You can reach this park by simply turning left on Walnut Blvd and keeping straight until you reach a small parking lot on the left hand side.

On a warm Saturday afternoon, there’s virtually no cars parked in the lot (most of the time). Parking is free and there is a little path that will lead you to the park. The park itself is small with many preserved antiques set along its path like an old farming wagon and beekeeper boxes. There are a few benches where people can relax and have a nice picnic. The bathroom is immaculately clean, and there’s also a beautiful community garden along the path behind the park.

Perhaps, what is the most compelling aspect of this park, would be the Kovar hiking trail that leads you to the back of Shell Ridge open space. Once you pass the garden, you will see a badly degrading sign that will faintly read “Kovar Trail”. You can follow this trail all the way up until you reach the top of a hill with a three-way trail intersection. I veered to the right and ended up going up some mini steep inclines. There’s a beautiful viewpoint where you can see all of Walnut Creek, the beautiful rolling hills, and the highway 24 and 680 freeway.

When hiking, just keep going up until you reached a point where you could see tons of trails! It’s a peak where you can see all of the various trails centered on Shell Ridge open space. At this point you’ll begin to descend downward, however it can be quite dangerous. This may be a great workout for you but it is highly recommended that you go early or bring LOTS of water because it gets HOT!

This trail is one that is less traveled, making it more enjoyable for you to really soak up the views. This is definitely a must try in Howe Homestead Park. 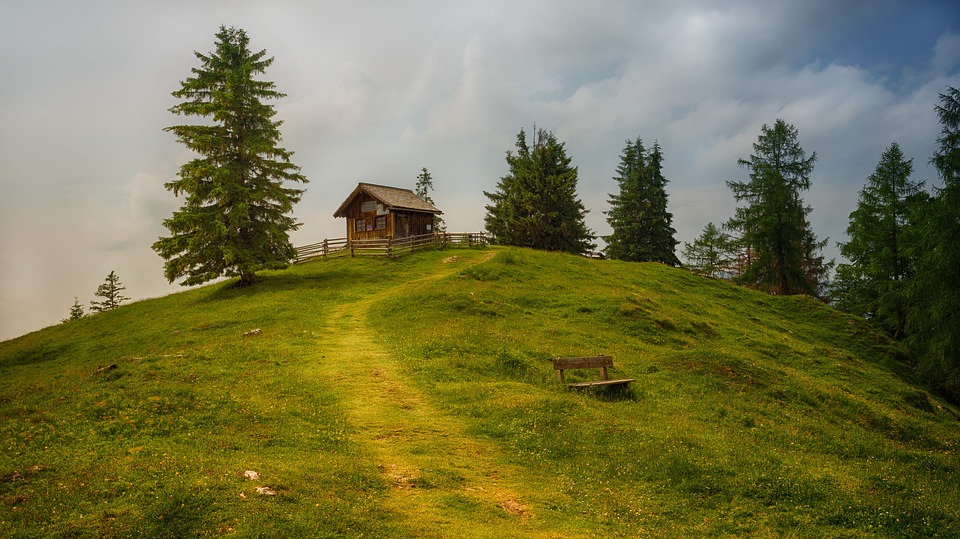 All of these wonderful parks are located just a short distance from our location in downtown Walnut Creek, Spaulding Concrete on Locust Street. Stop by for a visit anytime!